I have had a good run at Creamfields, missing only two since it moved from Liverpool to leafy Daresbury.

Even its return to being purely dance as opposed to a combination of bands and dance, and one year straying into indie and dance – Kasabian headlining! – hasn’t dampened my enthusiasm.

In truth I see enough bands so its all-DJ line-up is actually a bonus.

But this year will probably have been my last.

Not because it was any less enjoyable. I had the usual good laugh with friends Matt, Paul and this year, Dean, but – and see the previous post for details – there comes a time when you recognise that you’re pushing the boundaries of good taste just by being there.

The age profile is nowhere near as young as Leeds but it’s still some way south of my middle-aged years.

At least I had the age thing in common with Norman Cook, aka Fatboy Slim, who was the main reason I rocked up this year because despite him being on a million festival bills I’ve been at over the year (excuse the exaggeration)  I’ve never watched him. 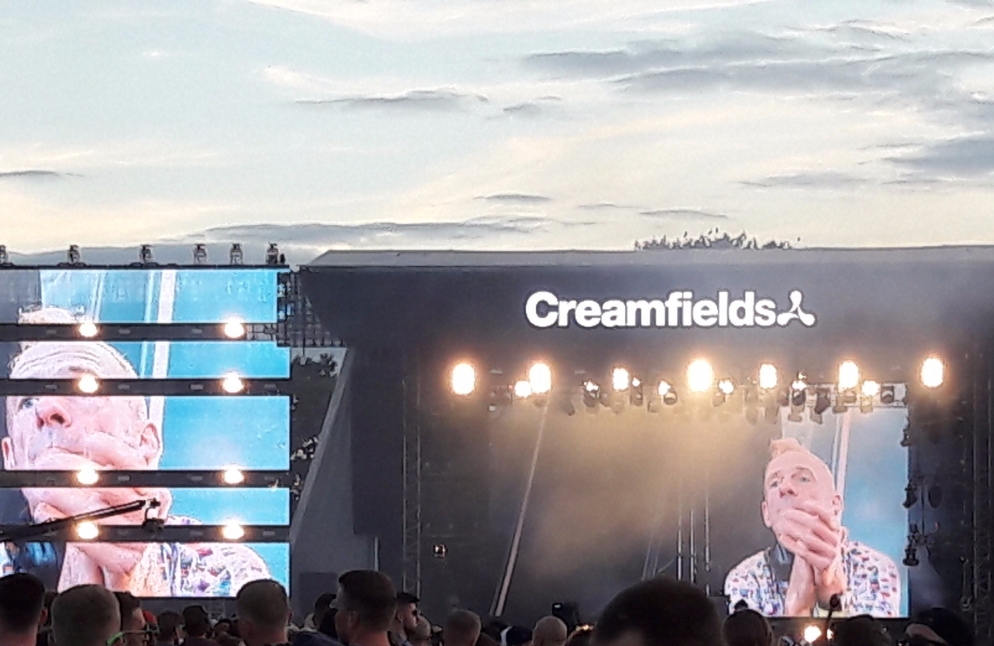 And his was a solid, crowd-pleasing set with great visuals that set us up nicely for the rest of the evening – some of which was spent in the excellent re-creation of Cream’s spiritual home at Nation.

Then it was more gigantic stage action with Tiesto who was a little underwhelming compared to previous visits. I thought his set lacked flow, almost as if he was testing out a few ideas. It had its moments and a few old school memories, plus the amazing production values that always go down well, but I’d rate the previous two occasions much higher.

However fortified by beer and thousands of others also having a top time it was only later that I could make a proper comparison.

Now what will I do next August Bank Holiday?